Halloween excitement is bubbling away, like a witches celebratory-brew!! As the autumn chill sets in, treat your little vampires to a devilishly delicious music mix, inspired by ghouls, witches, and snowy owls!

All music is good, but classical music, especially instrumental music, is best for unleashing a child’s imagination! With no words to indicate what they should be thinking, let them be captains of their own story-ships. They’ll be able to hear how for centuries composers have tapped into their more mysterious and dark sides, writing tunes of infernal dances, to magical melodies of wizards and the supernatural! Music can also set the atmosphere for the home. If your candy-supply runs dry, inspire your trick-or-treaters with these tunes instead. 1. JOHN WILLIAMS: Harry Potter soundtrack, HEDWIG’S THEME.
Owls are magical creatures, often used for delivering post and parcels in the wizarding world. They’re known for their speed and discretion and find recipients without an address!  “Hedwig” was Harry’s Snowy Owl and this piece is his musical theme. This recurring music-theme that describes a character is called a “leitmotif”.

2. CHOPIN: Piano Sonata No. 2 In B Flat Minor Op. 35- “FUNERAL MARCH”
Sombre and rich in melancholy, it’s the most beautiful way to hear a death knell.  This piece was in fact played at Chopin’s graveside for his own burial. It was also performed for JFK’s funeral. For cultured ghosts.

3. THOMAS NEWMAN: Wall-E soundtrack, “WALL-E”
This is a cartoon version of Kubrick’s 2001, A Space Odyssey. Although Wall-E also uses Strauss’s “Also Sprach Zarathustra”, we like the piece titled WALL-E for his incredible cuteness. He’s our little outer-space robot superhero.

4. BERNARD HERRMANN: Psycho soundtrack, “THE STAIRS”
Everyone loves to be just a little bit scared on Halloween. And this genius track from Bernard Herrmann really feels like you’re creeping up the stairs, ever-so-slowly, with a sense of suspense so thick you might have to remember to breathe. 5. CHARLIE & LOLA: “BOO!”
Haha! If you play this music mix in order, BOO! is what you are expecting to hear at the top of Bernard Herrmann’s STAIRS (track 4). As terrifying as Halloween can be, never lose your sense of humour! Giggles of Charlie and Lola laced with ever-surprising BOOS! This track offers contagious laugher at its best.

6. BEETHOVEN: Symphony No. 5 in C Minor, Op. 67: “MOVT 1, ALLEGRO CON BRIO”
The opening of this movement is a 4-note motif that is one of Beethoven’s most prolific sound bites. It’s since been used in disco to rock-n-roll! It’s also how Beethoven imagined FATE would sound knocking at his front door! Eek!

And if FATE does knock at your front door instead of trick-or-treaters, offer it a Kit-Kat from your candy-tray.

7. BONEJANGLES & HIS BONE BOYS: Corpse Bride Soundtrack, “BALL & SOCKET LOUNGE MUSIC # 1 (COMBO VERSION)”.
Swing out with these super cool-cat skeletons! Tootsie rolls and cherry-soda floats. This track is one of my kids’ favourites!

8. HOLST: The Planets, Movt 1, Mars, “THE BRINGER OF WAR”.
Are you wearing a Darth Vader costume for Halloween this year? If so, this piece is for you! STAR WARS ME UP! It’s Darth Vader’s theme in original form, Holst-style. The violins open with a terrifying “col-legno” effect, which sounds like chattering teeth. Villain-tastic at it’s best.

9. TCHAIKOVSKY: Nutcracker Suite, “DANCE OF THE SUGAR PLUM FAIRY”.
With all this Halloween action of ghosts, ghouls and superheros, maybe your little girl just wants to be a fairy. Honeyed sweet like a sugared plum.

10. JOHN BARRY: You Only Live Twice soundtrack, “CAPSULE IN SPACE”.
This is a piece from one of John Barry’s best James Bond scores. If you close your eyes you really feel like you’re in outer space chartering unknown territory. It gives the listener a real sense of space and the great unknown. 11. DUKAS: “THE SORCERER’S APPRENTICE”.
This is the music behind Walt Disney’s incredible animation film FANTASIA.  It’s originally a symphonic poem inspired by a Goethe poem. Play this in your home and your broomsticks will be dancing!

12. SCHUBERT: String Quartet in D Minor, D.810, ‘Death And The Maiden’, MOVT 1, ALLEGRO, MAHLER TRANSCRIPTIONS.
This is originally written as a string quartet, but it’s much lusher in Mahler’s orchestral arrangement. The Halloween-esque ‘death knell’ makes an appearance in the second movement of this work, but we’ve gone with the FIRST MOVEMENT for a more uplifting and invigorating injection to this mix. It’s rich with dance rhythms your kids will love to dance to while getting costumed up for trick-or-treating.

13. BERLIOZ: Symphonie Fantastique, Op. 14, Movt 5, “SONGE D’UNE NUIT DU SABBAT”.
In this piece of music, Berlioz sees himself at a witches’ Sabbath in the midst of a hideous gathering of shades, sorcerers and monsters of every kind who have come together for his funeral. Funeral knell tolls, burlesque parody of the ‘Dies Irae’, the dance of the spindly and wiry witches! It’s a fabulous piece of music to inspire a child to go totally crazy with their wild imaginations.

14. SAINT SAENS: “DANSE MACABRE”.
Fabulously, Danse Macabre opens with the sound of church bells striking midnight, played by the harp. “Death” calls forth the dead from their graves to dance their dance of death for him while he plays his fiddle. Saint Saens uses xylophones to sound like dancing skeletons! This is genius “Programme Music”, which is music that tells a story.

15. JOHN WILLIAMS: E.T. Soundtrack, “FLYING THEME FROM E.T.”
E.T. is our most beloved and adored Extra Terrestrial. It’s the feel good piece for this music mix. And John William’s at his best. Or maybe it’s Dvorak at his best. NB: For the classical source that I suspect inspired John Williams to write this, listen to Dvorak’s Dumky Piano Trio, Final Movement. 16. BACH: “TOCCATA & FUGUE IN D MINOR”.
DRACULA! Emerging from his coffin for the night’s celebrations! Of course, his cape is all sparkled and primed for the most effective of trick-or-treating. And he drinks Ribena. This piece must be one of Halloween’s most famous themes. 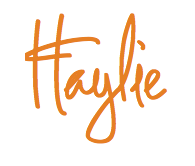 Internationally acclaimed violinist Haylie Ecker graduated from London’s Guildhall School Of Music & Drama with First Class Honours and a postgrad in violin performance. Taking a tangent from the classical world with 3 of her girlfriends, they founded the multi-platinum award-winning electric string quartet Bond. As former first violinist of the group, Bond sold over 4 million albums, and released their Live At The Albert Hall concert on DVD. She left the group in 2008. Haylie now lives in Hong Kong with her husband, 2 gorgeous children, and has recently started to perform again. She’s also relishing the role of Artistic Director for PLAY! www.pphk.org. You can follow Haylie on Twitter @lovehaylie.com Play
Posted 1 week ago | By Beate

11 Fun Things to Do This Weekend (1-2 October) with Kids in Singapore: Weekend Planner

Where to Hire Magicians in Singapore for Kids’ Birthday Parties