The first time my daughter Elanor told me that she’d spent her recess time in the library, I was worried. How much trouble was she in? In the U.S. children are very closely supervised during recess, and generally confined to one location. Elanor explained that she could go to the library, the soccer field, the canteen, etc., as long as she returned to class when the bell rang. I was jealous; at six, she has more choices and freedom than my high school gave me at 17.

Whether an expat or a local, your first child’s transition to primary school will mean culture shock for the parents. The change from kindergarten to primary can be dramatic. Local parents probably remember attending Primary 1 in the afternoon session (starting at 12:30 pm). As of 2016, The Ministry of Education (MOE) has mandated that all Primary 1-6 schools start at 7:15 am. Our school has already made the shift, although around thirty schools still have a second session this year. Elanor constantly complains that getting up at 6 am (two hours earlier than she did for kindergarten) is her least favorite thing about primary school. Personally, I’m glad I don’t have to get out of my car and walk her to class—that way I can still rock my hello kitty pajama bottoms during drop-off.

Another big shift is that the MOE has changed the English and Mother Tongue Curriculum. Even parents with older children are navigating new territory along with expats like us.

The English curriculum is a program called STELLAR, which was has been rolled out progressively over the past five years. STELLAR uses a variety of strategies to build literacy skills, including a set of weekly readers, weekly comprehension packets, and weekly spelling tests comprised of words from the week’s reader. I’m lucky there’s a master list because I almost told Elanor that “favourite” and “areoplane” were misspelled. Fluent readers may find the program easy, but non-readers and writers will need a great deal of help at home. The Mother Tongue program has been revamped as of 2015 to have a stronger emphasis on verbal fluency. This new program is starting with the 2015 P1 class and will grow with them (in 2016, P1 and P2 students will use the new approach, in 2017 P1-P3 and so forth.) Elanor studies Mandarin for Mother Tongue class. Despite the shift toward a more verbal approach, they do still have spelling tests in Mandarin (pinyin and characters) to improve their reading and writing in Mother Tongue. I continue to try to help Elanor study for her ting xie, and she continues to correct my pronunciation. Local parents will notice that class sizes are smaller than when they attended school. The current cap for a Primary 1 class is 30 students. Depending on country of origin, 30 students may feel like a very large class to expat parents. (In the U.S., first grade classes are typically 20-25 pupils depending on city/town.) Regardless, a class of 30 will feel quite large to any Primary 1 student. Kindergarten classes are typically much smaller, and some students may not have attended school previously.

As expats, there will be many moments of culture shock. What surprises you will depend on your country of origin and your lived experience as a student. It’s hard to predict what will make a foreign parent feel ill at ease. Uniforms are typical in many countries, but not in the U.S. (Mandated SOCKS? At least when I lose one, I can still make a pair.) Short lunch/recess times are part of the American experience, but will feel extremely rushed to French expats, who are used to leisurely lunch/recess periods. The expectation that children know how to read and write on day one of Primary One will come as a shock to Finnish parents, who do not introduce literacy skills until age 7.

At the start of school each morning children say the pledge and sing the National Anthem. Foreign students may stand quietly and not participate, and parents may want to discuss this with their children in advance. We gave Elanor the choice, as it can be very uncomfortable to be the odd child out, and her participation or lack thereof in the pledge or anthem isn’t high on our list of concerns. She has chosen to participate, and we support her choice. However, teaching her sister the anthem at the top of her lungs in the back seat of my car sometimes makes it difficult to concentrate on the road.

For foreign parents like us, enrolling our child in a Singaporean Public School means that they are living in a different Singapore than we do. The passing of Mr. Lee Kuan Yew illustrates that. As an adult expat, I experienced his death very differently from a local parent. I’m not sure what Elanor would have learned in an international school, but as a pupil at a local school she attended an assembly to honour his legacy. Elanor’s class wrote letters (“Dear Mr Lee Kuan Yew, You were the best first Prime Minister. Love, Elanor”). In this moment, I am the expat parent looking in from the outside. She is the child on the inside, and I’m happy to see her growing roots in the country we now call “home”. 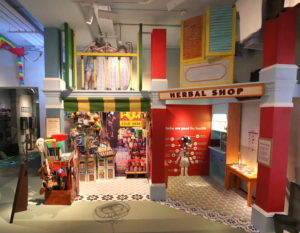