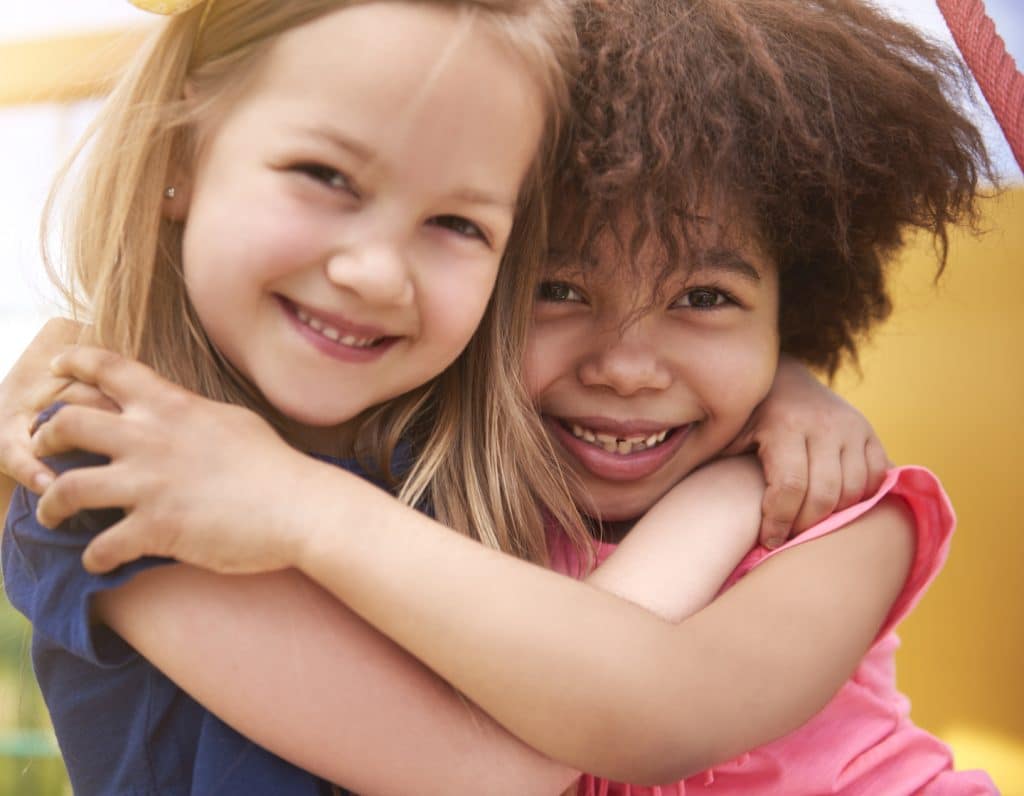 “Being mixed race and raising mixed race children in Chinese-majority Singapore does have its challenges” says Singaporean mother of three, Sunita Bett.

“But it has also provided us with the opportunity to have teachable moments with our children at an earlier age than most. Lessons about racism, intolerance, empathy and diversity have been woven into everyday conversations from the start.

Our children are also raised understanding that their differences in looks, beliefs, heritage, and culture are things to be celebrated and not something that needs to be hidden or made to feel like they need to conform to be accepted. ”

Here are 5 great children’s books with mixed race families that may be useful for conversations with your kids. 1. Who’s in My Family? All About Our Families
This book by best-selling author Robie H Harris talks about the many kinds of families that make up our world. Nellie and Gus and their parents visit the zoo, where they see all kinds of families – both animal and human! With great illustrations and matter-of-fact text this book includes same-sex parents, single parents, foster parents, separated/divorced parents, multi-racial families that don’t all look alike, and kids that are adopted into families – a wonderful read. 2. I Am Mixed
Actress and mother of three Garcelle Beauvais penned this children’s book. She says that she wanted to have a book where her kids “could see themselves in the characters, and learn to celebrate their diversity and what makes them special.” With lyrical prose, this book talks about multiracial and mixed race children and focuses on being proud of your mixed heritage. 3. We’re Different, We’re the Same
In We’re Different, We’re the Same, our favourite characters from Sesame Street teach us that we may all look different on the outside but deep down, where it counts with our emotions and feelings, we are all the same. Elmo and his Sesame Street friends help teach toddlers that it’s our differences that make this wonderful world. Parents love the diverse depiction of people, races and body types in this book. Kids love the detailed illustrations that show different facial features. For instance, we may all have different noses (and different Sesame characters have different noses, too!) but everyone’s nose does the same job — all people are the same, despite obvious physical differences. 4. Children in Our World: Racism and Intolerance
This book poses serious questions such as “What does it mean to be a racist–or intolerant?” and “How can I help?”, with answers that are accessible for children to understand. Award-winning illustrator Hanane Kai helps children (even younger ones) visualise the people impacted by poverty, hunger, war, racism, and more. The author discusses how prejudice could manifest at school and also gives children ideas on what can be done to change things so it is an empowering read for both parents and kids. 5. Dumpling Soup
Dumpling Soup is set in Hawaii, where Asian-American Marisa recounts her efforts to help make dumplings for her family’s New Year’s Eve celebrations. This story celebrates the joyfulness of being, as Marisa says, “Like chop suey,” which means “all mixed up” because her extended family is comprised of people of Korean, Japanese, Chinese, Native Hawaiian, and Hawaiian descent. The story encompasses a mix of food, customs, and languages from many cultures and Marisa’s grandma claims that their special mixture gives “more spice” to the family.