Booked your tickets for THE PHANTOM OF THE OPERA yet, mama? Here’s what our Sassy reviewer thought about the show

The world’s most popular musical, THE PHANTOM OF THE OPERA, recently debuted in Singapore for a limited season at the Sands Theatre at Marina Bay Sands, and tickets are available for just one more month of performances before it moves on to its next city. This show is one not to be missed, mamas! Some background to the legend

The Andrew Lloyd Webber masterpiece has won over 70 major theatre awards – including all manner of Tonys and Oliviers – and is in fact the longest running show in Broadway history, with thousands of performances under its belt!

For the uninitiated, the musical tells the tale of a disfigured musical genius, known only as – you guessed it – The Phantom, who haunts the depths of the Paris Opera House. Mesmerised by the talent and beauty of the young soprano, Christine, the Phantom falls fiercely in love with her, but his obsession sets the scene for a dramatic collision of jealousy, madness and passions. Meanwhile, all-time classic showtunes like “Music of the Night”, “Think of Me” and “The Phantom of the Opera” (those haunting organ chords!) provide the riveting soundtrack, all with the backing of an 11-piece live orchestra.

What can I say that hasn’t already been said about one of the longest running shows of all time? If you are a musical buff, chances are you have already seen it and the familiar songs will spark nostalgia and leave you humming the tunes for days. I blurted out ‘masqueraaaade‘ and “angel of music la la la la” over and over all weekend, getting lots of funny looks from my kids!

As a non-opera-loving layperson, I appreciate getting a taste of grand operatic singing within a more accessible musical format, and thoroughly enjoyed the performances by leads Meghan Picerno and Jonathan Roxmouth (who stole the show when he played “Che” in the Singapore run of Evita last year). Roxmouth’s booming voice as the Phantom is truly captivating and almost makes you forgive him for being an otherwise pretty despicable character. The themes of Phantom of the Opera are unsettling, and romanticising bad behaviour by men feels uncomfortably outdated, with the damsel-in-distress Christine being tormented by a damaged and abusive stalker-slash-mentor figure who threatens her career and success if she doesn’t succumb to his desires.

I would be fully onboard for an updated version of Phantom that includes less abuse of power and #metoo style creepiness so I can continue belting out the beautiful tunes without triggering my own discomfort. Until then, it is still a must-see Broadway musical with impressive set design, gorgeous costumes and classic songs that will stay with you.

THE PHANTOM OF THE OPERA is running from now through 8 June 2019 at Sands Theatre, Marina Bay Sands. Performance times: Tue-Fri, 8pm; Sat, 2pm and 8pm; Sun 1pm and 6pm. Tickets from $75; click here to purchase tickets. 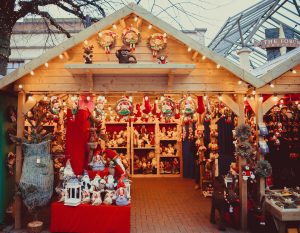